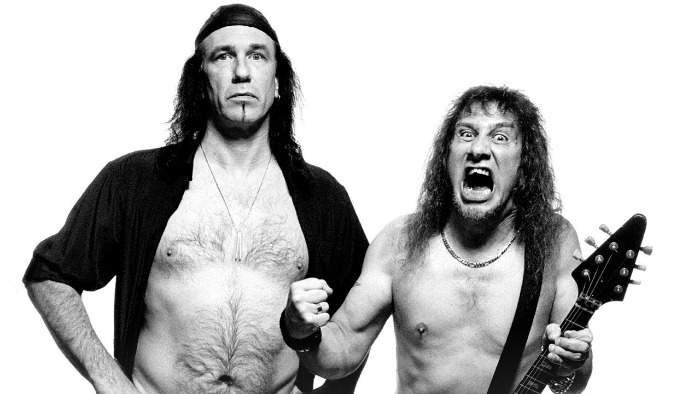 This film rec will begin a series of documentaries on artists who live and work outside of the mainstream. Stay tuned for further recommendations in the unspecified future!

Anvil! The Story of Anvil plays out like a pretty decent rehash of This Is Spinal Tap. As with Rob Reiner’s opus, the film follows a minor metal band through a disastrous tour in a last-ditch attempt to rescue their careers. Familiar scenes of botched gigs, embarrassing logistics and internal strife have an awkwardly realistic sense of humor that seems to owe a great debt to the film that came before. Even one of the two main characters is named “Robb Reiner.” At some point into the film, however, it will become clear that Anvil is not a rehash, nor is it even a mockumentary. Everything in the film really happened.

Don’t say I didn’t warn you about: