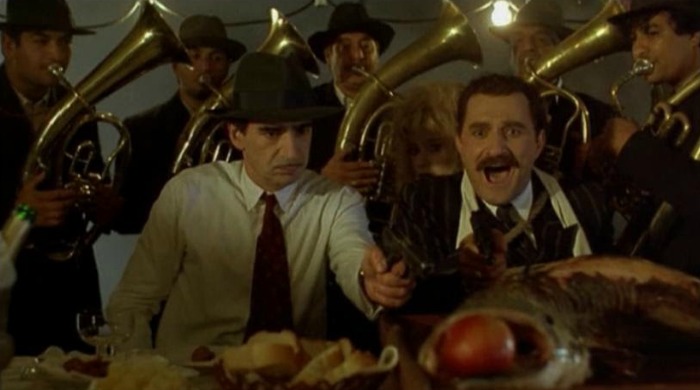 Underground might be the best Serbian historical tragicomedy ever made. Wacky, heartbreaking and filled with life, the film earned director Emir Kusturica his second Palme d’Or from Cannes in 1995. It’s as much a live-action cartoon as a political allegory, aiming for high-brow concepts in a low-brow world.

The plot concerns Marko and Blacky, two Serbian rapscallions who run guns to fight the Nazis but are far more interested in hookers and booze. Their selfish adventures through occupied Yugoslavia get complicated by a love triangle and a nefarious scheme that has far-reaching consequences for them and their doomed nation.

Don’t say I didn’t warn you that: